Pinning your favorite apps to your windows taskbar for quick access was and is still one the best windows productivity hack for me, but not everyone is as lucky as me, recently lots of windows 11 users are complaining that the taskbar icons are not showing in their Windows 11 laptop or PC.

FInding bugs in windows 11 may not be a new thing. After the recent release of Windows 11 solving bugs and errors became a new norm for Windows users.

But we can’t blame this issue for windows 11 as in earlier versions of windows like, windows 10 This was still an issue where Taskbar icons would simply not show up in Windows 10.

If your taskbar icons are missing, keep reading Because in this article you are going to learn how to solve the “Taskbar icons not showing up in windows 11” Problem within a few steps.

Before you try any fixes mentioned below it is recommended to first Restart your computer, Because most of the time Restarting the computer can fix some minor windows issues. Thus just a simple windows restart may fix your problem of taskbar icons not showing up in windows 11.

If that didn’t work don’t worry, I have listed some fixes that might solve the problem of taskbar icons not showing up.

This method has proven to fix taskbar icons not showing up even on Windows 7, Windows 8 and Windows 10, so it is a must-try.

This can also be a reason of why icon image is not showing in the taskbar, the IconCache database contains all the icon files for an application. Whenever the icon of any windows app is corrupted, the effect spreads to all the installed apps as the entire IconCache folder might become corrupted. In that case, you should delete the cache file and let the system create a new one. To do so, follow these steps:

Press Win + R to bring up a windows Run dialog. 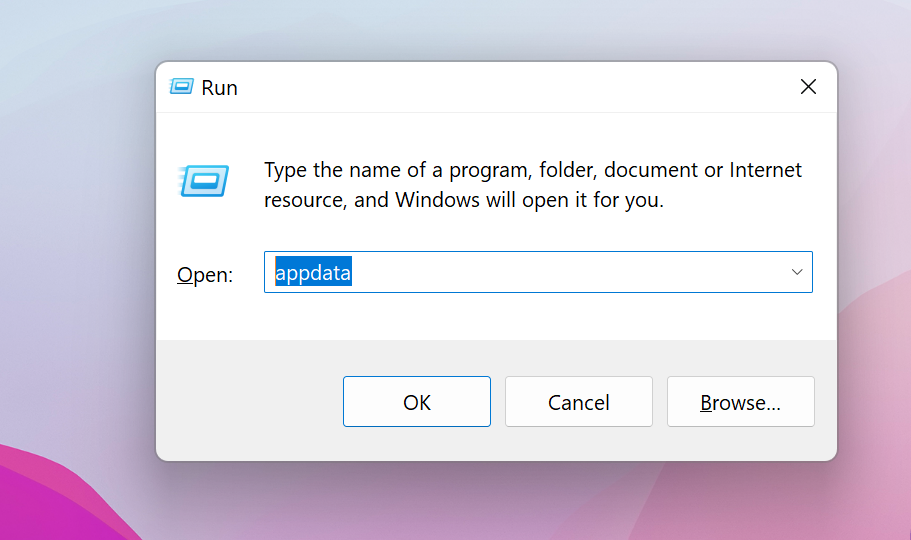 Select the View tab and check the Hidden items options to make sure all files are visible. 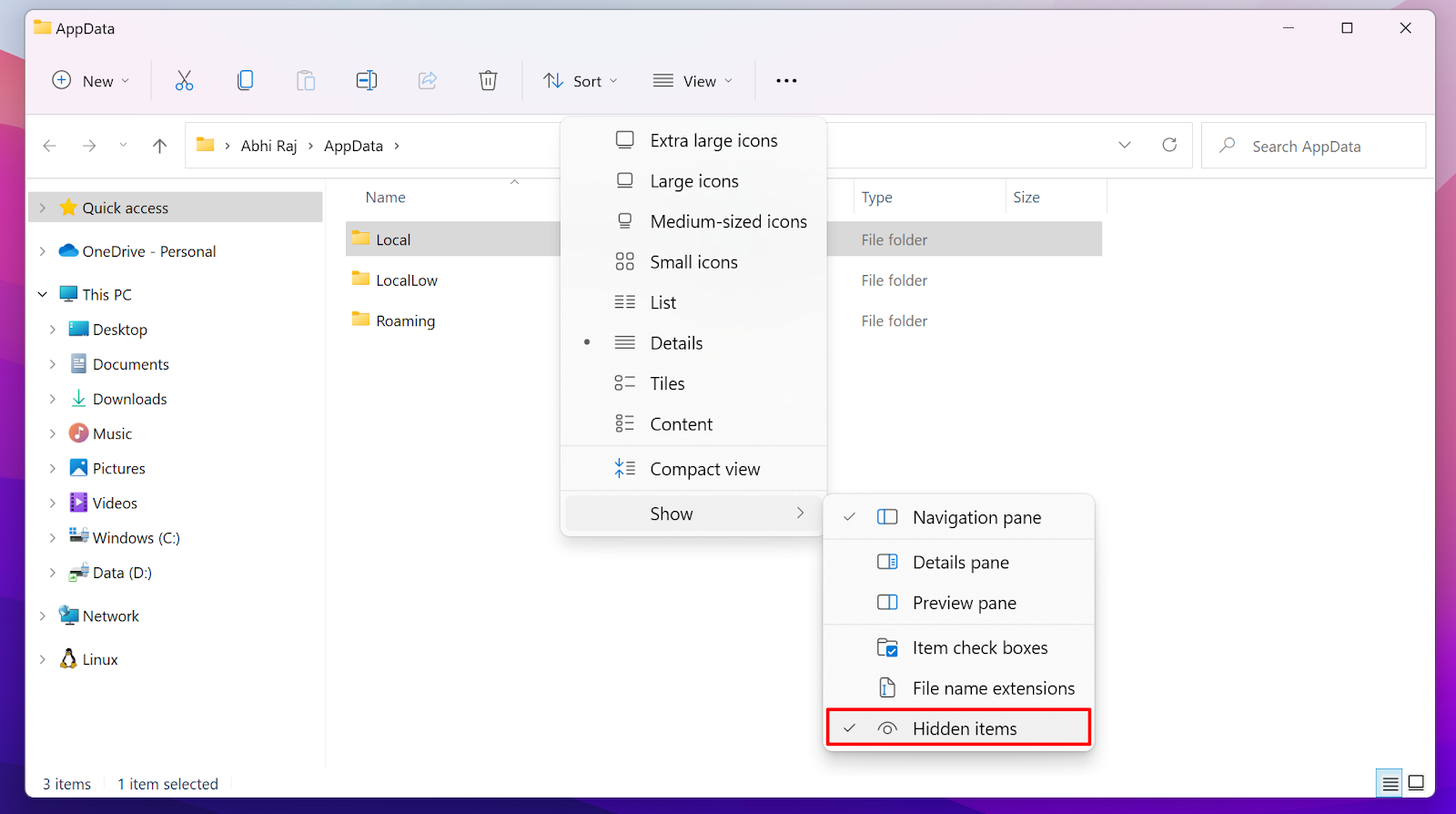 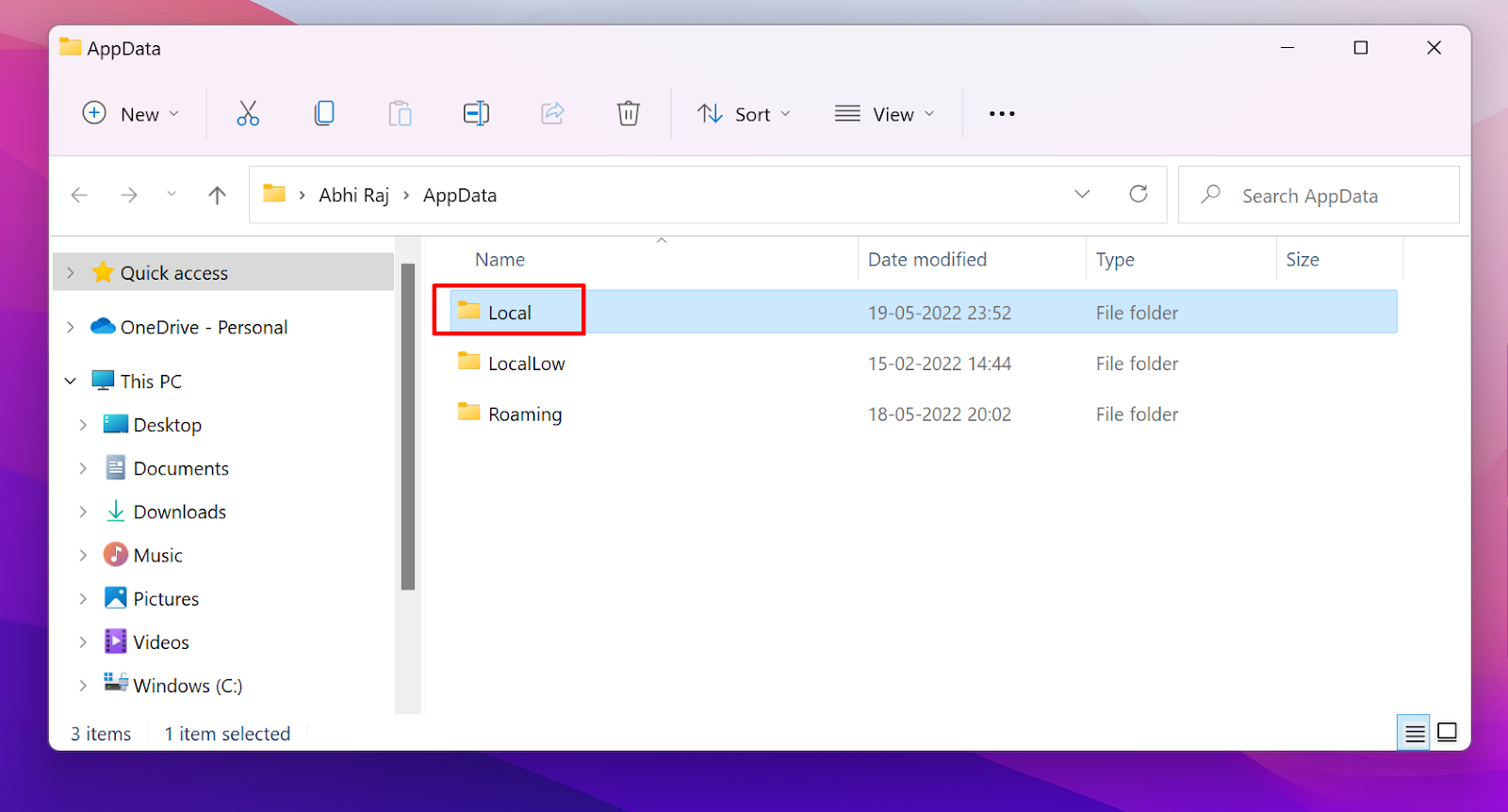 Now Restart your computer and check if the taskbar is now displaying the icons.

Some users were able to resolve the issue by signing out and then signing back into their Microsoft accounts. To give it a try, follow the steps:

It might seem unlikely that this is the cause, but a large number of affected users say their taskbar icons have magically reappeared after they set the date and time to the actual values.

Microsoft has not made clear why this fix is effective for so many users yet, although early Windows 11 adopters speculate that the taskbar functionality probably crashes if your OS is unable to check the date & time against the expected values in your area.

To change date and time setting, follow the steps carefully:

After that, click on Change date and time, and change the date to the actual date and time and click on OK, then click on Apply then reboot your PC. Your missing taskbar problem should be fixed. 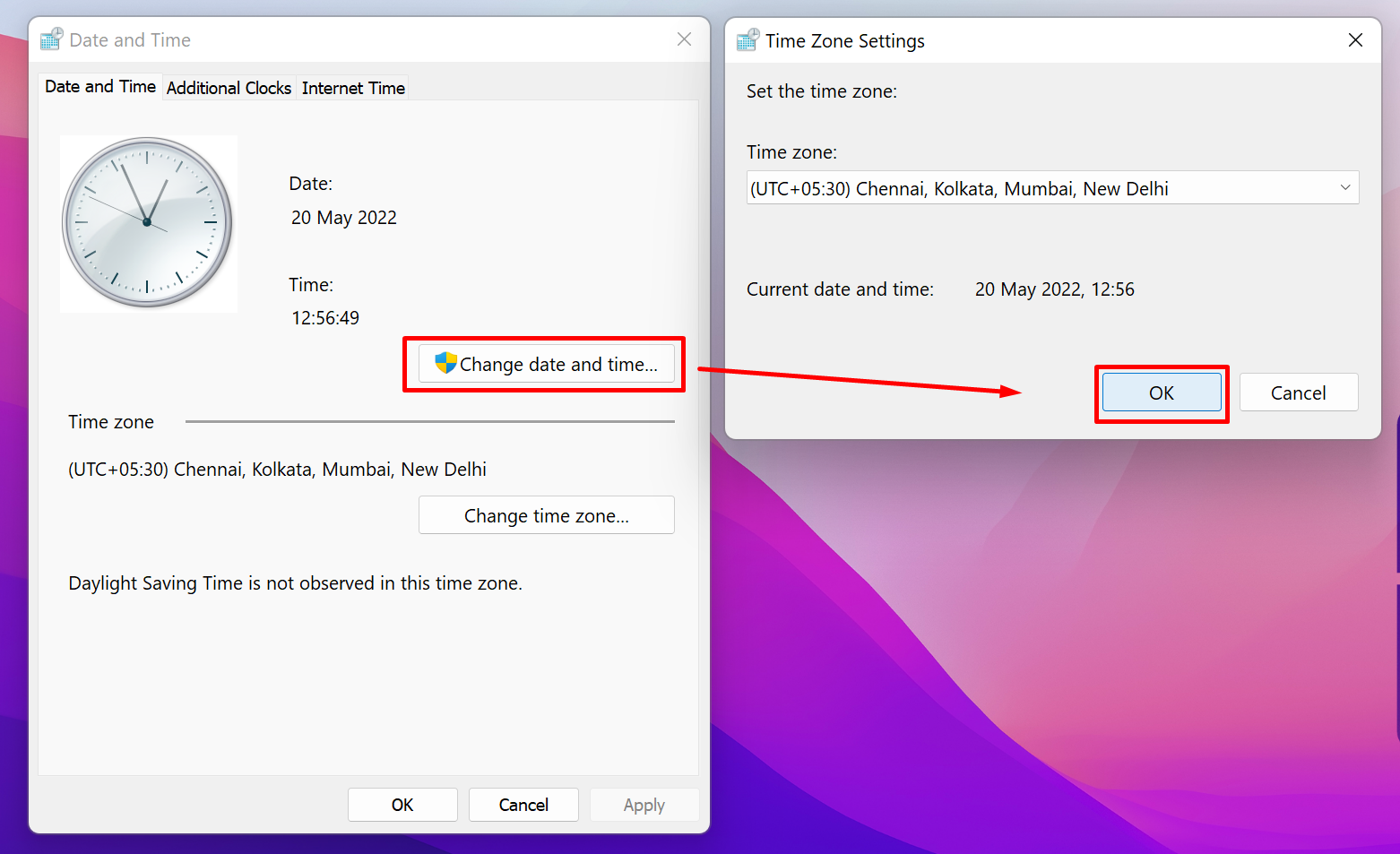 Once all steps are complete, reboot your PC and see if the taskbar icons are still missing.

Continue to the next possible fix below if the same problem persists.

Recently Microsoft blog published a blog about unresponsiveness of taskbar in windows 11 where they mentioned that deleting the IRIS service could solve this issue. Here is what they said:

UPDATE 7:10 PM PDT: Recently, Windows Insiders in both the Dev and Beta Channels began reporting that Start and Taskbar were unresponsive and Settings and other areas of the OS wouldn’t load. We quickly discovered an issue with a server-side deployment that went out to Insiders and canceled that deployment. If you were impacted by this issue, you can use the following steps to get back into a working state on your PC.

To delete IRIS Service from registry follow these steps:

A corrupted system file will cause the associated OS components to malfunction. At that time SFC might be a useful tool. SFC (System File Checker) is a command-line utility tool that scans your PC for corrupt system files, and if found, it will replace it with its working counterpart from the cached memory.

You may need to restart your PC after the process is complete. Once done, check if pinned icons still not showing on taskbar windows if not jump on to the next fix.

Press Win + R to bring up a windows Run dialog. 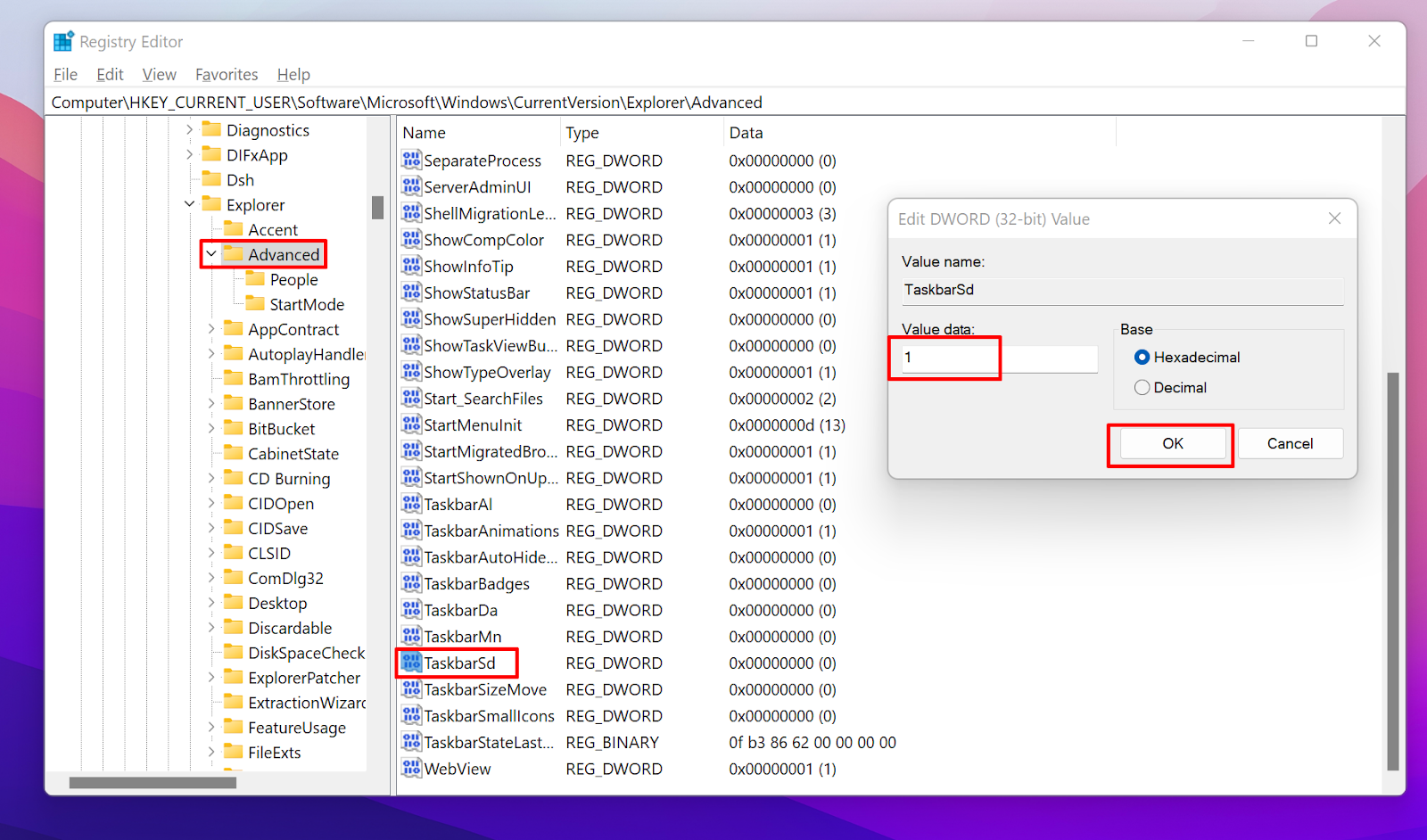 Continue to the next possible fix below if the same problem persists.

Windows 11 Taskbar icons may not appear if you use multiple monitors, according to multiple windows users. Taskbar icons are not showing on the second monitor in windows and this is a known bug, and until it’s fixed, your only option is to use just one monitor.

Update your windows 11 to latest version

If the start menu and taskbar icons are not working properly in your windows 11, chances are it’s running an outdated version of Windows 11. Windows 11 needs to be updated to the latest version to restore the taskbar.

It might be possible that icons are not showing in your windows taskbar because of some sort of virus or malware, so to be sure you can do a security scan in your windows

Why are my taskbar icons not showing in Windows 11?

If you are wondering why is my taskbar not showing icons windows 11, then let me tell you, There can be lot’s of reasons why taskbar icons are not showing in your Windows computer, but if you try the fixes mentioned above there is a good chances that the problem can be solved.

How To Fix blinking Red Light On Spectrum Router in 2022: Easy Guide

How To Fix blinking Red Light On Spectrum Router in 2022: Easy Guide